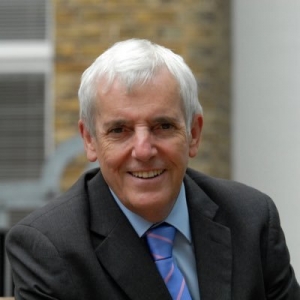 Peter Carter was CEO of the Royal College of Nursing from January 2007 to August 2015. Prior to that he was CEO of the Central and North West London NHS Foundation Trust for 12 years.

Peter is a registered mental health and general nurse.

Peter is a graduate of the Institute of Personnel and Development and has a Masters Degree and PhD from the University of Birmingham.

During his time at the RCN Peter reshaped the organisation and membership rose from 390,000 to 430,000. The College also achieved recognition in the Sunday Times top 100 companies to work for and achieved the gold award for Investors in people.

He is now an Independent Healthcare Consultant. Since leaving the RCN he has worked across the UK and internationally he has worked in ten countries. He has on three occasions been asked by the NHS in England to be the interim Chairman of NHS Trusts. From November 2016 to March 2017 he was the Chairman of the Medway NHS Trust and from October 2017 to February 2018 Chairman of the East Kent University Hospitals NHS Foundation Trust. In February this year he commenced an assignment as Chair of the North Middlesex University Hospital NHS Trust ending in October 2019.

Peter has been the expert witness in over 200 cases of litigation in the health and social care systems. He has conducted investigations into serious acts of misconduct and serous untoward incidents. For example Peter was part of an investigation panel into the murder by a schizophrenic of a child prostitute.

He is now Chairman of the St Andrews charity in Northampton, one of the largest independent providers of mental health services in the UK.