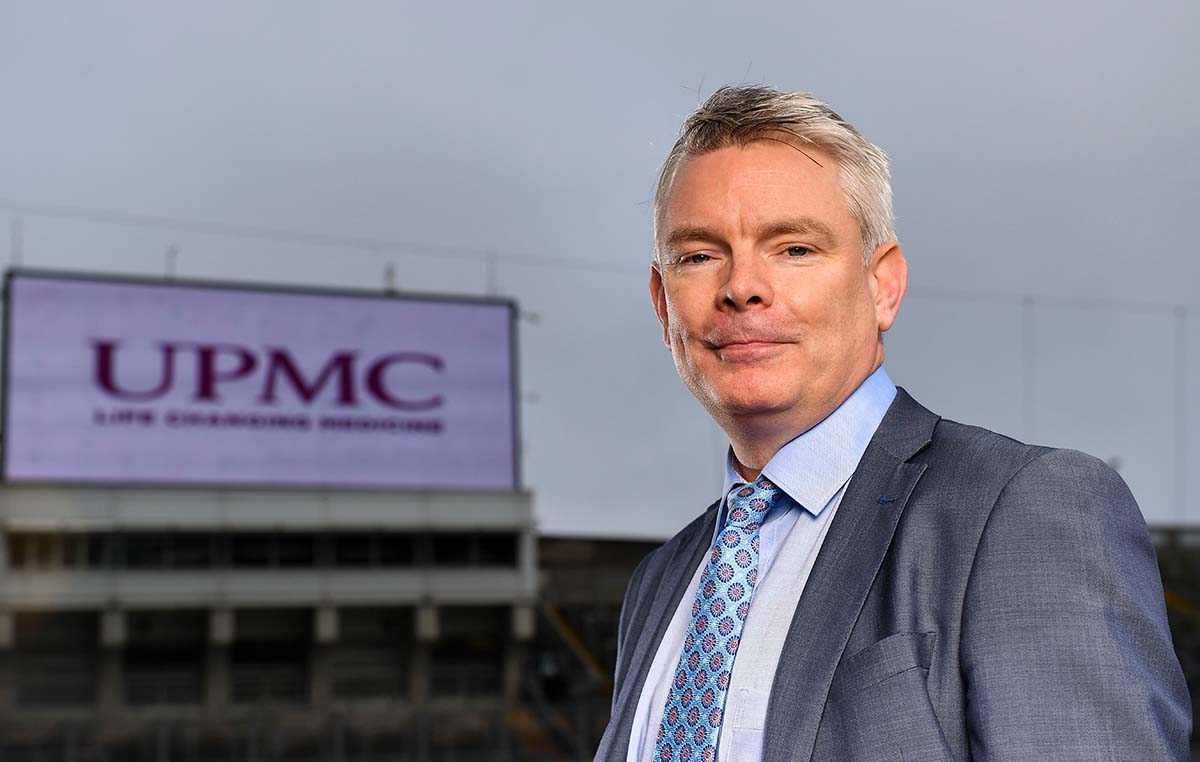 David Beirne is managing director for UPMC in Ireland and senior vice president of UPMC International. A chartered accountant by profession, he joined UPMC in 2016 from the Whitfield Clinic (now UPMC Whitfield Hospital) where he served as chief executive officer.

Before joining the clinic, David worked in a variety of finance leadership roles at such companies as McInerney Plc in Dublin and UK, Glanbia Plc and PricewaterhouseCoopers.

Since 2016, he has led the growth of UPMC in Ireland, initially with the purchase of UPMC Whitfield Hospital in 2018, and followed by two further hospital acquisitions of UPMC Kildare Hospital and UPMC Aut Even Hospital. He passionate about patient centred care, and UPMC in Ireland are uniquely positioned to deliver a better integrated care model for people across the Island in partnership with the Irish Health System.

Under his leadership, UPMC in Ireland also operates a JV with Bon Secours to provide radiotherapy services in Cork, an outreach centre in Carlow and a sports medicine clinic in the WIT Arena. The UPMC Global Technology Operations Center (GTOC) is located in Kilkenny is and supports the health system’s continuing expansion, both in Ireland and Internationally.