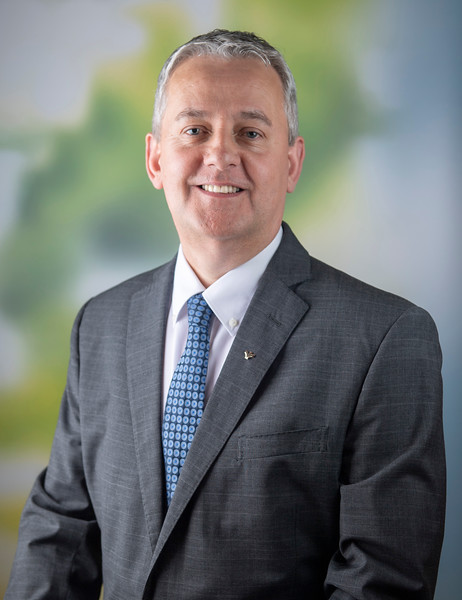 Bill Maher is CEO of the Bon Secours Health System, Ireland’s largest independent Hospital Group which has a network of 5 modern, JCI accredited acute hospitals. The Group has grown steadily over the last decade having reinvested €150m in up-grading and developing its facilities and technologies as part of its ambitious 2020 Plan. These world-class medical treatment facilities are located in Cork, Dublin Galway Limerick and Tralee, together with a Care Village in Cork and Outreach Clinic in Cavan. The Group employs over 3,000 personnel, who, together with 410 leading consultants work in partnership to provide the highest standard of Advanced Medicine Exceptional Care to over 280,000 patients each year.

Bill Maher was formerly Group CEO for RCSI Hospitals Group incorporating Beaumont Hospital, Our Lady of Lourdes Hospital Drogheda, Louth County Hospital, Cavan and Monaghan Hospital, Rotunda Hospital with RCSI as academic partner. Prior to his position as CEO RCSI Hospitals Group, Bill was Group CEO of SAOLTA which he established as the first Hospital Group in in Ireland. The Hospital Group was established to ensure improved performance and effectiveness in the safe delivery of acute hospital services as the first step in the formation of a Hospital Trust as part of the Government’s reform of the health service.

Bill, originally from Tullow, Co Carlow, was previously Acting CEO of St Vincent’s University Hospital. Prior to joining St Vincent’s University Hospital in 2006, Bill worked for 16 years with the NHS in a career spanning mental health services, senior management at City Hospitals Sunderland (an Acute Trust providing a wide range of hospital services such as A&E, surgical and medical specialties, therapy services, maternity and paediatric care). Bill helped establish Sunderland as the first NHS Trust before moving on to North of Tyne Commissioning Consortium which had a staff of 8,000 people and a budget of £1.2bn.

Bill has an MBA, an MSc in Health Information and a BA (Hons) in Law. Bill is passionate about Patient Care and Performance Management and looks to build strong relationships with all stakeholders to deliver sustainable service improvement. In addition, he is a Professor of the RCSI.