How many of the changes in NHS practice will continue after this crisis is over?

How many of the changes in NHS practice will continue after this crisis is over? 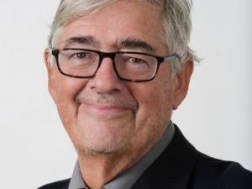 I want to discuss whether a number of very important changes, currently taking place with the delivery of NHS services, will continue after the crisis is over.

Or will we return to the way things were before?

The first of these concerns the actual location of primary care during the crisis. For 70 years we have become used to experiencing primary care as taking place almost entirely within GP consulting rooms. In the 1950s, like most people of my age, I waited with my Mum in the front room of a large terraced house to see the GP. Very occasionally he would come to our home, but 95% of primary care meant “Going to see my GP”.

In later life – in Coventry, the North, and back in South London primary care would involve going to see a GP in a health centre. At the time this shift in location from a terraced house to a health centre felt seismic, but in fact the basic model of “Going to see my GP” stayed the same – even though the building was rather smarter.

For all these 70 years most patient experience of primary care medicine involved being in the same room as a GP. Increasingly there were a wider range of tests that you knew were vital for one’s health, but still one “Went to see the doctor” to be told the results. The core experience was being in the presence of the GP for a few minutes.

“Going to see the GP” has changed from being something essential to being very bad indeed.

The infection crisis has changed that. “Going to see the GP” has changed from being something essential to being very bad indeed. We are told, correctly, that the very thing we have been doing as normal is now dangerous. Face to face consultations between GP and patients have gone from appearing to be absolutely central to the nature of primary care in this country to being highly dangerous. “Please please DON’T go and see your GP”.

Since the crisis began, for some weeks primary care was “please phone 111” and for the last week or so it’s been “please go to 111 on the internet”. Of course in most practices there is still an opportunity to “go and see the GP” but it is vital for dealing with the crisis that this is no longer the normal way to access primary care.

For some parts of the country the change has not been as stark. Over the last decade or so more and more GPs and other primary care professionals have been carrying out phone, video and email consultations. In the last couple of years, specific platforms have been created to carry out more and more consultations over hand-held devices. But at the beginning of the year this was in no way ‘normal’.

All such changes have been deeply questioned and have often been attacked as being sub-standard. This was a very important argument and I felt that, maybe over 10-15 years, face-to-face consultations would change from being a normal to being a minority experience. But it would take a long time.

Now it’s happened in 10-15 days. And what needs underlining is that the country is not just facing any old crisis. It is a health crisis where diagnosis and early recognition lies at the core of its resolution. We have therefore very rapidly changed the face-to-face model of primary care at exactly the time when it is most needed. Last Tuesday NHSE contracted with DoctorLink to provide the platform for many many remote consultations between patients and GPs. No-one said it was a bad idea. A few weeks ago there would have been a row.

In all the years of universal primary care in this country, it’s difficult to find a change as significant.

Whilst the different nature of the interaction between patient and primary care is significant, there is an even more important aspect to this change. When you ring or email 111 at the moment you will nearly always get advice about how you, in your home, can treat yourself and get better. It mainly involves non-prescription drugs, taking your own temperature, and self-isolating you and your household. As a nation, and in the middle of a health crisis, we are being asked to become more capable in managing our own health care.

After 70 years of the doctor making me better. we are much more involved in owning our own health care. I argued previously that some of this has been going on for some time but now – it’s official. The NHS is hoping (really really hoping) that most of us can look after ourselves through this crisis. The expectation from the NHS is that most people with coronavirus will be their own primary carers. We take our own temperature, diagnose ourselves and treat ourselves in isolation.

At the time of highest anxiety about health in my lifetime (and I’m the same age as the NHS), we are being told to rely much more on our own diagnosis and treatment. The role that the NHS insist on playing is to support most of us with advice and remote assistance – only with those that are very ill will it have a face-to-face relationship.

What will this mean in the future? As I said last week, there is no predetermined answer to that. One possibility is that there will be a wish to ‘go back to normal’ and this new form of primary care will be linked only to an infection crisis. The NHS and the public will revert to experience of the last 70 years with initial (primary) care being owned by the doctor and dispensed to the patient with that normality being delivered through face-to-face meetings.

Or patients will have become used to not having to leave home and sit in a waiting room full of people with infections but rather to seek the advice of their GP over the phone or through email and to be allowed to take a bit more charge of their initial care.

The future is up for grabs.

About the Author: Paul Corrigan